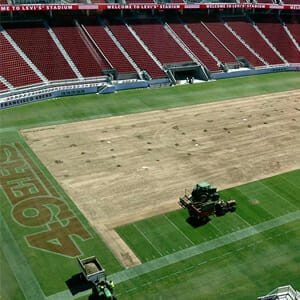 n preparation for Super Bowl 50, we did some research on the turf that Broncos and Panthers will be duking it out on come Sunday. Ed Mangan, NFL field director, is taking every precaution outside of trying to control Mother Nature to ensure no hiccups in this monumental game.

West Coast Turf of Livingston (the supplier for 8 Super Bowl games) is hoping to achieve perfection after 50 years of experimental technology and growth in the turf world.

After stripping the old sod out of the 49ers stadium and working with the sand base, 75,000 square feet of turf was ready to be applied the 3rd week of January. And except for one walkthrough practice on Saturday, it will not have seen any action.

Fingers are crossed on the durability though, considering the snafus that occurred during the 2014 season with canceled practices and game interruptions due to sections of turf tearing out mid-plays. Because of this, $300,000 in turf replacements took place in the stadium multiple times. According to field managers, this reportedly struck up heated debates of the benefits of natural grass vs artificial. In 2015 alone, the stadium’s turf had to be replaced at least 6 times. However, that was all spelled out previously in the plan, due to the fact that the stadium is also used for soccer games, Wrestlemania, concerts, and events in the off-season.

No matter the outcome, Fairway will be keeping our eyes on the field and our hands in the chip bowl. And if you find yourself wanting a yard that looks like the San Fran stadium field, we have you covered in 7 beautiful southeast states. We cover lawn care in Broken Arrow, Oklahoma all the way to Greenville, South Carolina. We are happy to provide our knowledge and expertise of your region’s lawn needs. 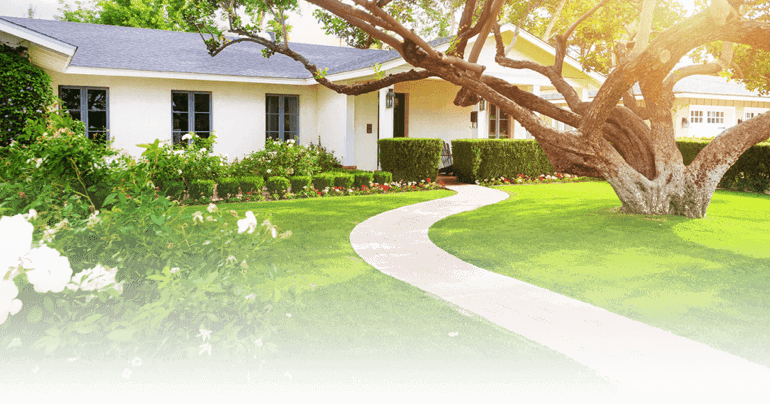